Shazamify allows you to play your Shazams in Spotify, directly from the browser.

Shazamify adds a small Spotify icon to every Shazam track page and allows you to play that track directly in Spotify.

UPDATE 5: I had to publish a new extension as the old one was costantly taken down with no explanation, thanks Google again 😒.

UPDATE 4: Since mid 2017 Spotify blocked unauthenticated API calls, unfortunately, because of that, the user scripts are not longer working :(

UPDATE 3: The Chrome Extension was taken down without any notice from the store. Thanks Google, thanks! I am trying to figure out what I can do about it. In the meanwhile you can use the User Script solution.

UPDATE: Unfortunately for a matter of copyright with Shazam (even if I work with them) the Chrome Extension was taken down. In the meanwhile, I'm trying to reupload it to the Chrome Web Store (with the fancy name on Zamify) you can install it as User Script. Shazamify User Script

I wrote also a little compedium on how to install an User Script.

One of the biggest sources of inspiration for this month was the conference reason.to[1]. I've to admit that I was a bit skeptic about it,   I put it 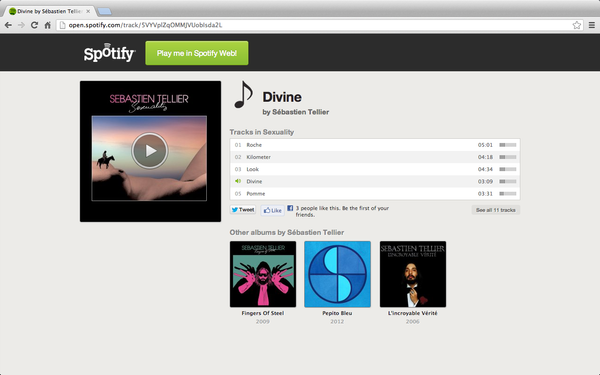 Sproxify intercepts Spotify’s links and let you choose where to play it. Recently Spotify released a slick-looking web app to allow music aficionados listening to their favorite tracks on